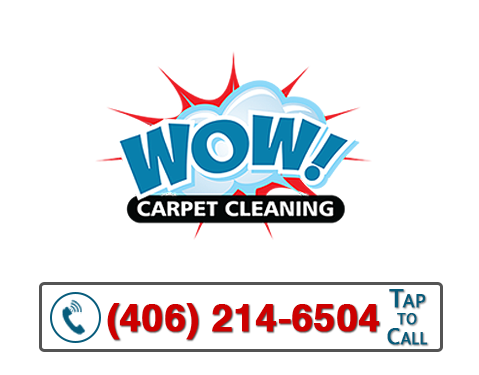 Article in the Missoulian

The Missoulian did an excellent article on our business in the August edition of InBusiness Monthly. The only complaint I had was the incorrect phone number and web page at the end of the article.

Letting a child crawl on a carpet freshly-doused with cleaning supplies is something that most cleaners wouldn’t recommend, and most parents wouldn’t dare allow.

Joe Burnich fits both these descriptions, but when he cleans the carpets in his apartment, his 1-year-old daughter is free to wander where she pleases.

“She’s crawling in that stuff and I feel safe,” Burnich said.

That’s because Burnich only uses Green Seal-certified cleaning products to get the job done in his house, and if he has his way, many others homes as well.

Burnich’s startup business, Missoula Green Carpet Cleaning, breaks away from the traditional carpet cleaners – from the products and equipment he uses, even down to his business philosophy.

And, so far, it appears to be working pretty well.

That response might be due to the fact that Burnich uses safe, non-petroleum-based cleaning products (petroleum cleaning supplies, Burnich said, could lead to adult and child cancer and other ailments). Not to mention, he also charges $10 less than the competition as a way to get his foot in the door and show his customers what he can do.

Although a fresh face on the carpet cleaning scene, Burnich doesn’t plan to make his mark through sheer numbers and manpower; in fact, he prefers to keep things simple, for now at least.

Unlike most cleaners, Burnich doesn’t feel the pressure to squeeze in as many jobs as he can in a day. Rather, he takes his time on each house to ensure that the he’s doing a thorough and complete clean.

“People want to get in, out, and onto the next job,” Burnich said, but “since I’m the boss, I want to decide how long to take on the job.”

Though he might not zip through the jobs as fast as his competitors, he said that the equipment he uses allows him to remove more dirt and extract more water.

Burnich uses a Rotovac system, with three spray jets, vacuums, and a rotating scrubbing head, which pulls up 30 percent more water. And since the cleaning products are odor-free, there’s no ventilation required, he said.

“A lot of people don’t want to clean in cold weather,” Burnich said, but now, his customers won’t have to wait for the carpet to air out.

To power his equipment, Burnich uses a portable electronic generator that he brings with him into the homes, as opposed to using a truck-mounted system which can sometimes be a gas guzzler. He also drives a full-sized mini van to get from job to job – a practical choice considering he only needs to transport himself and the gear, as opposed to several coworkers.

Though Burnich would eventually like to add a helper to the mix, at the moment, he wants to keep it “small and simple”

“I can’t trust someone to do the same quality work that I do,” he said.

That doesn’t mean that Burnich is flying solo, however.

While Burnich is out cleaning houses, his wife Diana takes care of the logistical side of the business, such as scheduling appointments and managing finances. Occasionally, she does go on the cleaning trips, but stays home much of the time to be with their young daughter Camila.

Actually, the idea for the business came about when she was pregnant with her daughter. Both knew that they wanted to use safe cleaning products for their child and, sure enough, that search prompted the idea to not only use Green Seal products for their own home but for others’ as well.

“Kids especially have their face right in on the carpet all the time,” he said.

“Using those products, you can see the difference,” his wife said, and added that with other cleaning supplies, “the smell is strong.”

In addition to a safety concern, Burnich, who recently moved from Missouri to be near his widowed grandmother, wanted a job that was both rewarding and low-stress – both tough sells in this economic climate.

“Finding a job in this economy isn’t easy,” he said.

But with this unorthodox approach and top-of-the-line product, this leap of faith has already paid off for the Burniches.

“I didn’t know what to expect,” Burnich said. “I jumped in and it blew up.”

For more information, visit MissoulaGreenCarpetCleaning.com or call 214-6504 to set up an appointment.

Steve Miller is a senior studying print journalism and English literature at the University of Montana who is interning at the Missoulian this summer. He can be reached at 523-5259 or at [email protected]

Check Out These AMAZING Cleaning Videos!